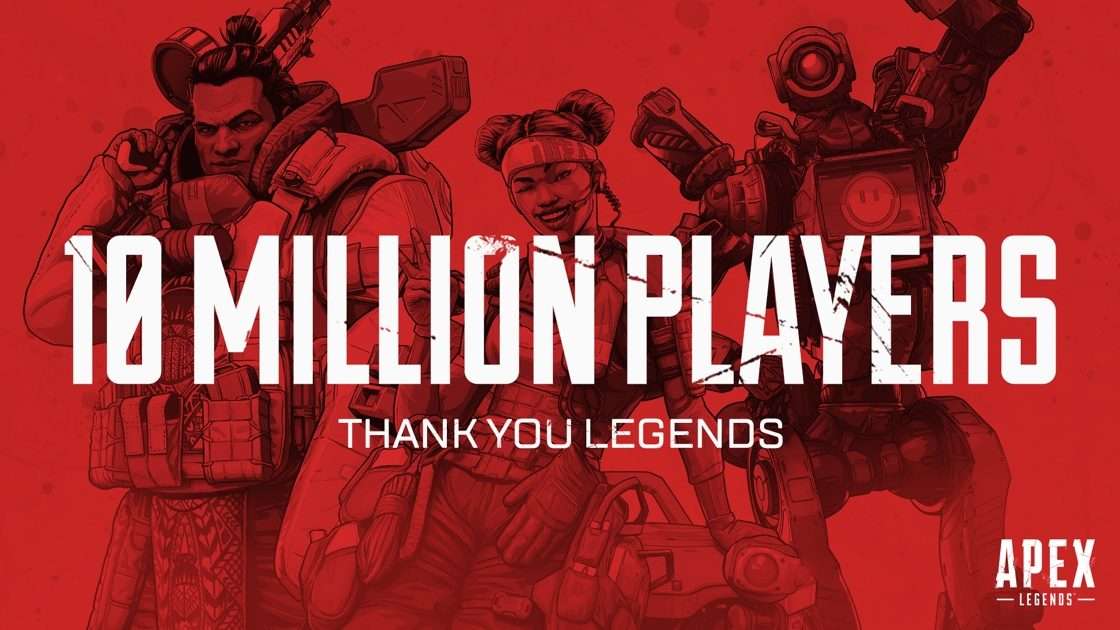 The recently launched battle royal game ‘Apex Legends’ has taken over the gaming world by a tornado.

Within three days, it has managed to download the mark of 10 million players — which took Fortnite at least two weeks to cover!

In addition, Apex Legends has gathered over 1 million concurrent players which speak for itself.

“We knew it would be risky to take the franchise in this direction, to go free to play, and do a surprise launch,” writes Respawn CEO Vince Zampella in a blog post.

“But we fell in love with Apex Legends and wanted, needed, other people to play it, too.”

With this accomplishment, Apex Legends has joined the league of already established battle royal games like PUBG and Fortnite.

In fact, its success could hurt publisher EA’s another home baked battle royal game ‘Battlefields 5 Firestorm’ — which is slated for release this Spring.

Now EA has landed in a tricky spot where it has to convince investors that the success of Apex won’t hinder the Battlefield 5 project.

For the unacquainted, Apex Legends is a free-to-play battle royal game is set in the Titanfall universe.

The most exciting part of the game is how it combines the core elements of survival games with an added twist of its own.

It is completely team based game that comes with a number of accessibility features which allows users to play without voice chat.