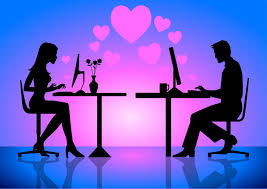 Why is Facebook like this? Mark Zuckerberg has said that to make a relationship deeper and lasting in life, just do not have to depend on the Internet. If there is a real relation, it must come to the offline, ie, to come to the real world. Because there are no alternatives to talking to each other. There are two people who talk about hours in the mobile phone for hours. If you sit for five minutes beside the person of the mind, it cannot be loved by chatting for hours after hours. When the chief executive officer of the world’s largest online social networking site said such words, it really makes us feel. Then the question goes back to us – the Internet, the smartphone is bringing people to humans at all? Mark Zuckerberg announced the idea of ​​creating a Facebook dating app. 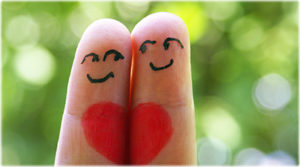 This year the F8 was held on 1st and 2nd May in San Jose, California. F8 is the annual Facebook conference. In front of the app developer, journalist, technology experts, Facebook announced what new product or app is launching or thinking about launching next day. In the F8 conference this year, Mark Zuckerberg announced the idea of ​​creating a Facebook dating app.

When Facebook announced the dating app in their F8 conference, but did not say anything about when they will launch it. A few days ago, an app researcher named Jane Manchun Wong examined the source code of Facebook and found that Facebook has already created an dating app, and they are now conducting experiments with that.

Read Also :   What is Mobile Phone Sensor? Know A to Z

Facebook was asked about this issue and accepted the matter. Facebook has said they already create dating apps

Which is called Dog Food ?

Facebook has given their dating dating app to staff workers for dogfooding. Workers have been told that they use the app to create their profiles in the Dating App and see if it is working properly.

How the app will work ?

To use Facebook’s dating app, you have to first create a profile of your own app. In order to create a profile, you need to provide your name, age, gender, location, etc. As well as in the profile you will want to date with whom you are male or female. If you are male, however, it is not possible to date with women only. This means that this app will support third gender which means the app can also be used gay people.

Whoever uses the dating app, if he likes another person to see his profile, then contact him with this app. But one important thing is that Facebook has given special importance to online dating as well as offline in their dating apps.

Suppose ‘A’ and ‘B’ use the Facebook dating app but they do not know anyone. But both of them love to watch the drama. Both of the ‘A’ and ‘B’ have gone on the show in a play. In that case, tracking the location of the two will inform the Facebook dating app ‘A’ that ‘B’ is present in the play. Likewise, the app will announce the presence of ‘B’ to ‘A’. Facebook claims, thus ‘A’ and ‘B’ both will know that their likings are similar. They can also show up with each other in the play. As a result, there will be a possibility of online communication as well as offline and this is what Facebook wants.