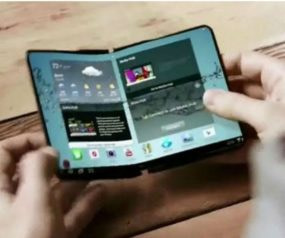 Samsung is apparently planning to launch the Galaxy X at CES 2019, followed by the Galaxy S10 at Mobile World Congress (MWC) next year. A fresh leak from the renowned tipster @IceUniverse shows that Samsung has already decided when it plans to release the Galaxy S10 and Galaxy X in the market.

The tipster claims Samsung will be unveiling the Galaxy X at Consumer Electronics Show (CES) 2019, which runs between January 8-11 in Las Vegas. If the information is correct, Samsung Galaxy X could be made available for purchase towards the end of February. However, Samsung will likely manufacture between 300,000 and 500,000 units of the foldable phone. Previous rumours claimed that the Galaxy X will be equipped with three 3.5-inch OLED panels; two of that form a 7-inch screen when unfolded, and a single screen on the rear of the device that will be used for notifications when folded.

Read Also :   Mobile Phones Fingerprint Scanner can do much more