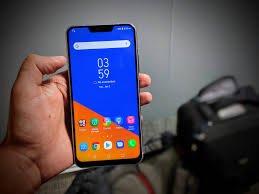 Smartphones might not listen to the user’s conversations, but they send screenshots and video recordings to third-party apps so Smartphone Read Your Screen. Reveals a study by computer science academics at Northeastern University. The scientists did not seem to find any evidence of an app unexpectedly activating microphone on smartphones or sending out audio when not prompted. The experiment to find out whether apps secretly use phones’ mic to record audio, involved more than 17,000 of the most popular apps on.
While the study concluded that there was no proof that users’ conversations were recorded, over 9,000 apps had the potential to do so thanks to access granted to the camera and microphone. However, in what remains one of the major privacy threats, apps shared image and video data with other third parties, without users’ knowledge. “We also identified a previously unreported privacy risk that arises from third-party libraries that record and upload screenshots and videos of the screen without informing the user. This can occur without needing any permissions from the user,” the study reads.
The study finds mention of GoPuff (via Gizmodo) – a food delivery startup, interaction with which was allegedly recorded and sent to a domain affiliated mobile analytics company Appsee. However, this was not disclosed in GoPuff’s privacy policy, raising security concerns. A disclosure was added after researchers followed up with the company. The incident demonstrates how easy it can be for companies to gather personal data, without the users knowing about it.
Your smartphone could be recording your screen, claims study. A study has revealed that apps shared image and video data with other third parties, without users’ knowledge.
A study has revealed that apps shared image and video data with other third parties, without users’ knowledge.
Notably, concerns regarding smartphone microphones listening and sharing private conversations by users have been raised in the past. The issue has been denied by companies including Facebook. In 2016, a mass communication professor at the University of South Florida Kelli Burns alleged that the service might be listening to users’ conversations to show related ads in their News Feed. However, the social media giant has repeatedly dismissed the allegations of what CEO Mark Zuckerberg called “conspiracy
the theory that gets passed around”.
Read Also :   Benefits of WhatsApp payment feature in India

6 Types of Auto Dialer Software Automation You Need To Know

Social Networking Sites You Need to Know About in 2021