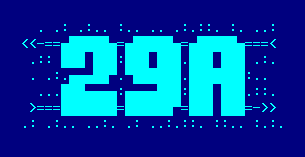 February 23th Today is one of the most important days in mobile phone history. Because today 13 years ago on the first day of 2005, the first mobile phone virus was found. The name of the virus was Cabir. Until 22 February 2005, we only knew about computer viruses. Different companies used to create antivirus just to prevent virus attacks on computers. As a result, there was no antivirus to prevent cabbie attacks.

The name of the cab virus file was named Caribe.sis. After launching the cab attack, the Caribe.sis file was installed on the phone. Then whenever the phone to turn on the phone to send or send SMS
On being done, the cab virus became active and had a message shown on the phone’s display. In that message (see the accompanying picture), ‘Caribe’ (Carib) would have been written. The name was changed slightly by Casparsky’s engineers named the virus named Cabby.

The medium was Bluetooth

Who has created the cab virus and who has not been known so far But experts are probably not a single person, the ’29a’ group created the virus. This group was efficient enough to create different types of viruses.

The group was created in 1995. Who were the members of this group is still not known correctly. For example, it is not known why they named the group 29a. Probably 666 numbers were important to this group for a particular reason. If the 666 number can be converted to hexadecimal format then it is 29a.

This group created some powerful viruses such as Happy99, Hybris, Esperanto etc. Their website address was 29a.islatortuga.com. The group was closed in 2008.

No harm, no warning

Whether or not everyone created the cabby virus, their purpose was not to harm anyone but to warn them. Because the CAB virus attacks the phone, even if you delete the contact list of the phone or secretly do not read the SMS or otherwise do any harm. If that was the case, it would have been a glitch all over the world. Because I said earlier, there was no antivirus to prevent this virus.
The purpose of the cabir virus was to send a message to everyone that it is possible to attack viruses on a mobile phone as a computer, so it should be careful now. That message worked. Because after that, various companies started working on creating antivirus for mobile phones. So, the world’s first mobile virus was beneficial to us.